Luke Vellotti is an International Chess Master and a three-time National chess champion. He is a member of the United States Junior Math Olympiad and a five-time All American U.S. Chess team member. He is also Idaho's highest rated player of any age. Now age 14, he has been Idaho's chess prodigy since he started playing competitive chess age at the age of four.

Luke is additionally an academic scholar whose favorite subjects are math and physics. He has been accepted with merit scholarships to the following world-renowned universities for Fall of 2013: Stanford, Carnegie Mellon, and UC Berkeley, among others. He is an AP National Scholar, and a three-time State Champion for both Math and Science Bowl. He enjoys competing in piano performances and swimming events. Luke's future plans include attaining the title of Grandmaster in chess, and training to become a research Physician-Scientist for his career. He will be attending University of California Los Angeles along with his older brother, Carl Vellotti. Luke currently works as a Senior Instructor and Curriculum Designer at Vellotti's Chess School and recently started his own tutoring company called Tutor Champion. 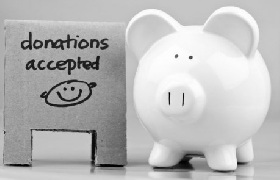 TELL YOUR FRIENDS!! Luke needs sponsors to help him accomplish his dream of becoming one of the strongest Chess Grandmasters in the World. Small contributions really help!

Visit the "Sponsor" Page to find out about reward levels & prizes. A donation of just $25 comes with an autographed copy of Luke's first book!

Top 3 In Blitz in the USA

A great performance at the World Open chess tournament places Luke in the Top 3 best quick chess players in the country with a rating of 2589. Watch Video Here

Hired as a math instructor at the top tier math program in LA., Luke works with the most promising K-12 students in the city. European and Russian problem solving methods and applications are sponsored by National Science Foundation funding. Visit Math Circle Here

"What Makes You So Smart, Teenage International Chess Master?"

According to Noah Davis of Pacific Standard Magazine, Luke Vellotti is going to rule the world. Get the inside scoop on Luke's rapid rise in this witty interview. Read More Here